FPM AGROMEHANIKA founded in 1961 as an automotive spare parts and tools producer. By the end of 60’s it was constructed a new production plant with cca 800m2 space, as well as a new Head Office building. Furthermore, during that time it was purchased the most modern production equipment for scraping, milling, grinding and constructed service & maintenance work shop as well. Thanks to that facts, It was started production of a new products, and furthermore, it was started with a production of a engine parts for the well-known companies like “FAMOS Sarajevo” Yugoslavia, and “RABA MAN”, Hungary. 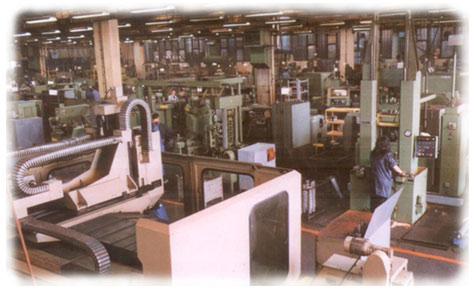 Company disintegrated from “IMT Belgrade” system on December 31st, 1991, but has remained a member of the group. Inspite the fact, that due to the UN sanctions and neighboring countries civil war, 90’s was very difficult for business, FPM Agromehanika has continued to introduce a new products and further to modernize its production capacities.

Changes in overall market ambience, since 2000’s has been caused further expand of the markets and continual increasing of exports in total annual sales. As our answer to increased market demands, we introduced Quality system ISO 9001/2001 and established cooperation with renowned companies like KUHN, France, Breviglieri, Italia, with already traditional cooperation continuation with AGRIA WERKE, Germany.


Company was privatized in the 1st half of 2007. Since that time, it has been started a new phase of FPM Agromehanika development and modernization, like introduction of Quality Management System as per requirements of standard IATF 16949:2016, further increasing of export, complete product range demonstration at the World’s biggest Agricultural machinery fairs like Agritechnica Hannover, EIMA, Bologna, SIMA Paris etc.

Subscribe to newsletter
Be always informed about news,
demonstratiomns, products...